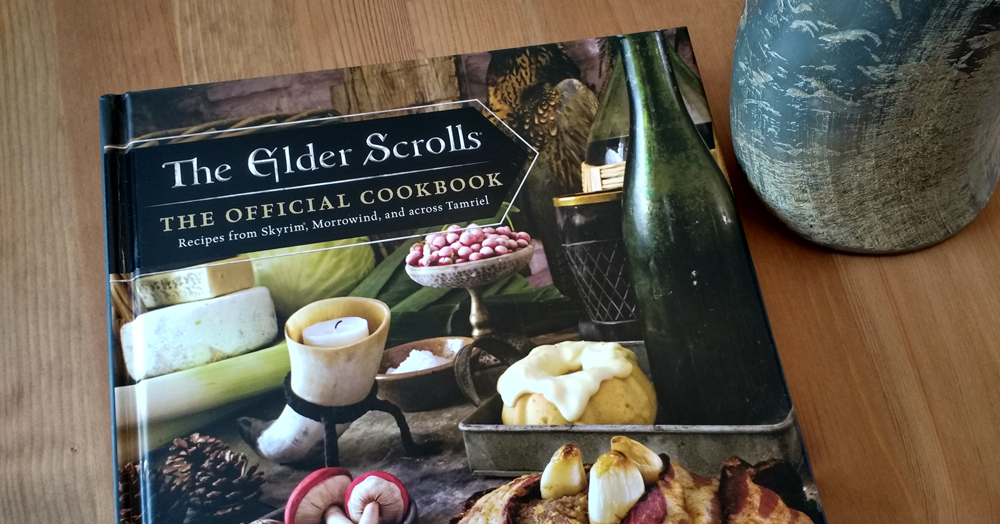 Like with many of you, the Elder Scrolls games (particularly Skyrim) were a sizable influence in my getting into this hobby of brewing mead. There was one mead recipe that could be found written in a book within the game, but Bethesda has recently expanded upon that with the release of the official Elder Scrolls cookbook. The book contains four different recipes, although the one is a reimagining of the Honningbrew mead recipe that was obtainable in the game. The new additions are: Black-Briar Mead, Juniper Berry Mead, and Nord Mead. Beyond the brewing recipes, the book features a number of mixed drink and cocktail recipes, including one for the infamous Skooma.

The book was written by Chelsea Monroe-Cassel, who is also known a number of other themed cookbooks such as the World of Warcraft cookbook, and A Feast of Ice and Fire the official Game of thrones cookbook, The Shire Cookbook, Firefly: the Big Damn Cookbook, and many others.

The rest of the cookbook features a variety of different foods, from appetizers, to entrees, to desserts, and other baked goods. Each recipe is designed to fit within the culinary culture of one of the major playable races in the game. The Nords feature heavily, of course, but Khajiit, Imperials, Argonians, and elves all have contributions. And these aren’t arbitrarily assigned, either. It looks like a lot of thought has been put into the flavor profiles that make up the different cultures’ cuisines.

I wasn’t quite sure what to expect from a video game themed cookbook. It sounds like a simple novelty. However, my wife has prepared several of the dishes in the book, and they were all very good. I was able to try Baked Ash Yams from Morrowind, Hoarker Loaf and Juniper lamb chops from Skyrim, meadow rye bread with Nord spiced butter, and finally spiced root cake for dessert. It was a fun culinary adventure around Tamriel, and there are dozens of other recipes left to try.

The beauty of mead is in its simplicity. At its most basic, you really only need three ingredients: honey, water, and yeast. A typical batch has around 3 pounds of honey per gallon of mead’s final volume you’re looking to brew. The amount will vary between recipes, along with the type of yeast you use […]