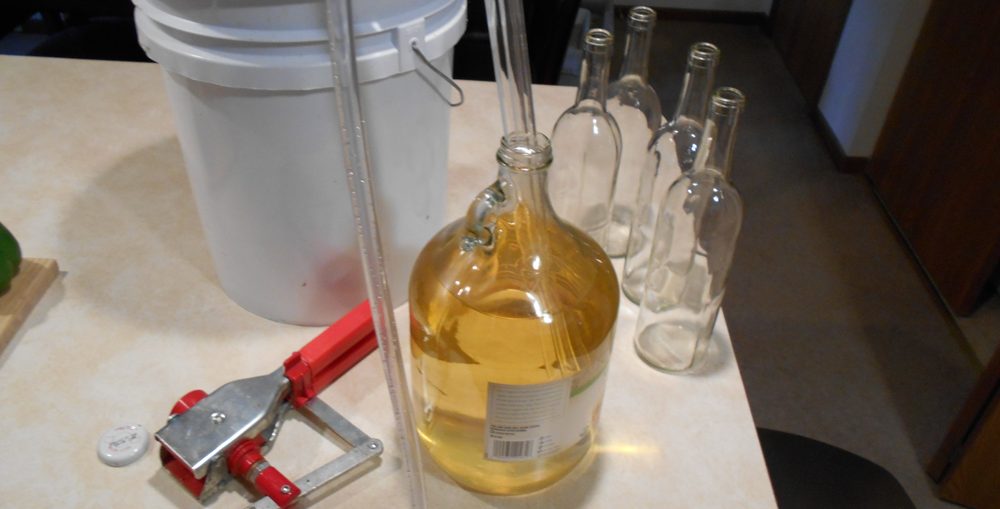 This brew began its life as part of a four gallon plain mead that I made so I could split it into 4 separate one gallon flavors. I started with 7.75 pounds of honey, which got divvied up after fermentation had completed, so the numbers might be a bit odd.

A tip on making the tincture, don’t use the bottom shelf vodka. While it should age out over time, it adds a very strong “hot” alcohol nose and taste that will overpower most of the nice flavor and taste you’ve been cultivating. It lead me to not including as much of the tincture as I could have, which lead to a much more subtle mint flavor than I would have preferred.

Luckily, the lime came through nicely. It has a nice, refreshing, fruity flavor. And the hint of lime makes an appearance in the finish. It makes for a great summery drink. Definitely one I’ll be revisiting.

Cleaning and sanitizing your brewing equipment is an important step in preventing your creations from getting infected and spoiling your end product. After all that effort and patience, you wouldn’t want to suddenly find your brew to have a funky, foul taste. The process of brewing is all about fostering the growth and prosperity of […]