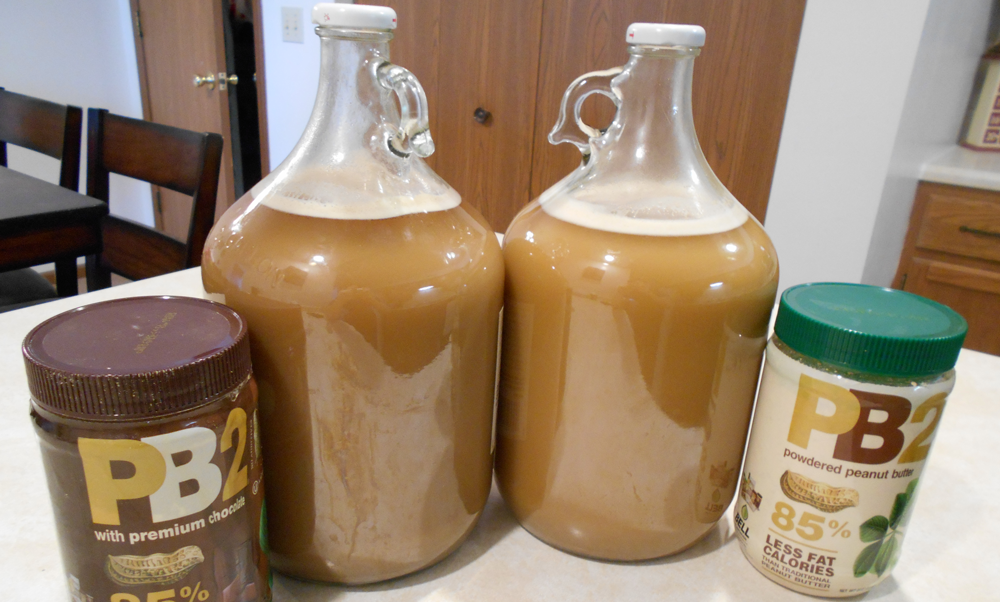 Springtime is here, and Easter is quickly approaching. For me, nothing says Easter quite like the flavor of Reese’s peanut butter cups. In an attempt to get into the spirit, I decided to try experimenting with some mead flavors. I have tried a few craft beers with a peanut butter taste, as well as a couple of PB&J meads (one of which had a strong peanutty flavor), and wanted to try to recreate something in that vein.

I happened to have a few containers of this PB2 product – essentially powdered peanut butter. It usually used in shakes, and the like, as it is easier to mix in than peanut butter is in spread-form. I had also read online of a few homebrewers having made use of it to some success. Pure peanut butter can be difficult to mix in fully, and given the oil content tends to separate, can cause the drink to spoil relatively quickly.

I made two test batches to see how this turned out. A plain peanut butter flavor, and one with the chocolate PB2 powder – which hopefully will get a bit closer to a Reese’s.

Here we are, four weeks later. Most of that sediment at the bottom is the peanut butter powder. You’ll want to stir frequently, as it settles out pretty quickly. It has a strong peanutty scent to it.

Often, the yeast you use will be able to eat through all the sugar you supplied in your mead. Especially if you properly supply them with nutrients you may find they can surpass their stated alcohol tolerances. This makes it difficult to calculate ahead of time what your finishing gravity will be based on what […]